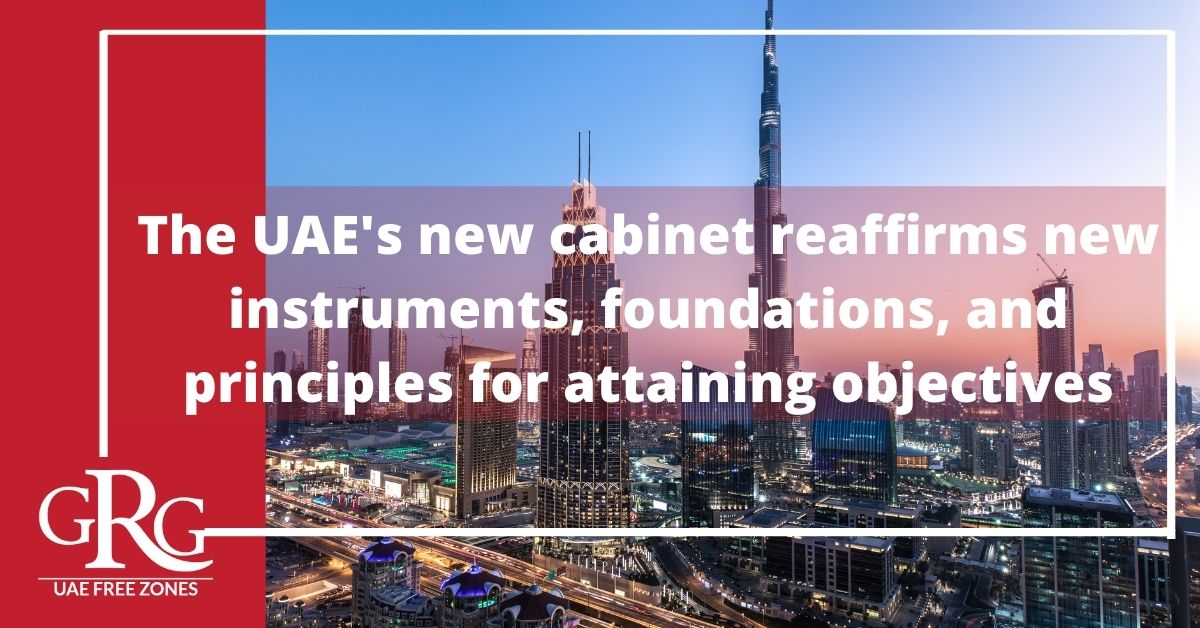 His Highness Sheikh Mohammed bin Rashid Al Maktoum, the Vice-President and Prime Minister of the United Arab Emirates and Ruler of Dubai, announced the new cabinet composition in a series of tweets, appointing new ministers and removing others.

“Brothers and sisters, after consulting with my brother Mohammed bin Zayed and getting the approval of President His Highness Sheikh Khalifa bin Zayed Al Nahyan, we announce today the new ministerial formation in the UAE together with a new mechanism for federal government work in the next 50 years,” Sheikh Mohammed tweeted.

“The new mechanism of work culminates our previous plan, “UAE Vision 2021”, during which we achieved our ambitions for the past ten years."

"The UAE today leads the world in 100 development indicators and the region in 470 governmental, economic and technical indicators. We will embark on the new 50 years with different global ambitions,” the Vice-President added.

The new government mechanism is built on five pillars, including:

2- In contrast to the old strategy courses, which lasted 5 to 10 years, the forthcoming transformation training courses will be flexible and quick (ranging from 6 months to two years).

4- Shifting from ministries' sole duty to the shared accountability of field work teams. Contracts will be signed as part of transformative initiatives, and the Council of Ministers will monitor them.

5- Establishing a scale of incentives and promotions based on the executive teams' performance and their capacity to carry out Cabinet-approved transformational initiatives.

Sheikh Mohammed stated that the Cabinet will form the first ten sectoral transformation teams and decide on the government's first ten major projects, adding that performance agreements will be signed and timetables for these projects will be established, with an incentive package for the distinguished teams to be approved.

The UAE leadership made several announcements on September 5 as part of the 'Projects of the 50' campaign, which will see 50 projects announced throughout September. The 'Principles of the 50,' a 10-principle charter, was one of the key announcements made on Sunday.

2. Build the best and most dynamic economy in the world

3. The end goal of politics is to serve the economy, while the end goal of an economy is to provide the best life for the people of the UAE

4. Developing education and attracting talent is the key to maintain the UAE’s excellence

5. Good-neighbourliness is the basis of stability

6. The UAE is one united economic, tourist and industrial destination

7. The digital, technical and scientific excellence of the Emirates will define its development and economic frontiers

8. The core value system in the UAE shall remain based on openness and tolerance, the preservation of rights, the rule of justice and the law

9. Political disagreement with any country should not justify failing to provide relief to that country in cases of disasters, emergencies and crises

10. Calling for peace, harmony, negotiations and dialogue to resolve all disputes is the basis of the UAE's foreign policy